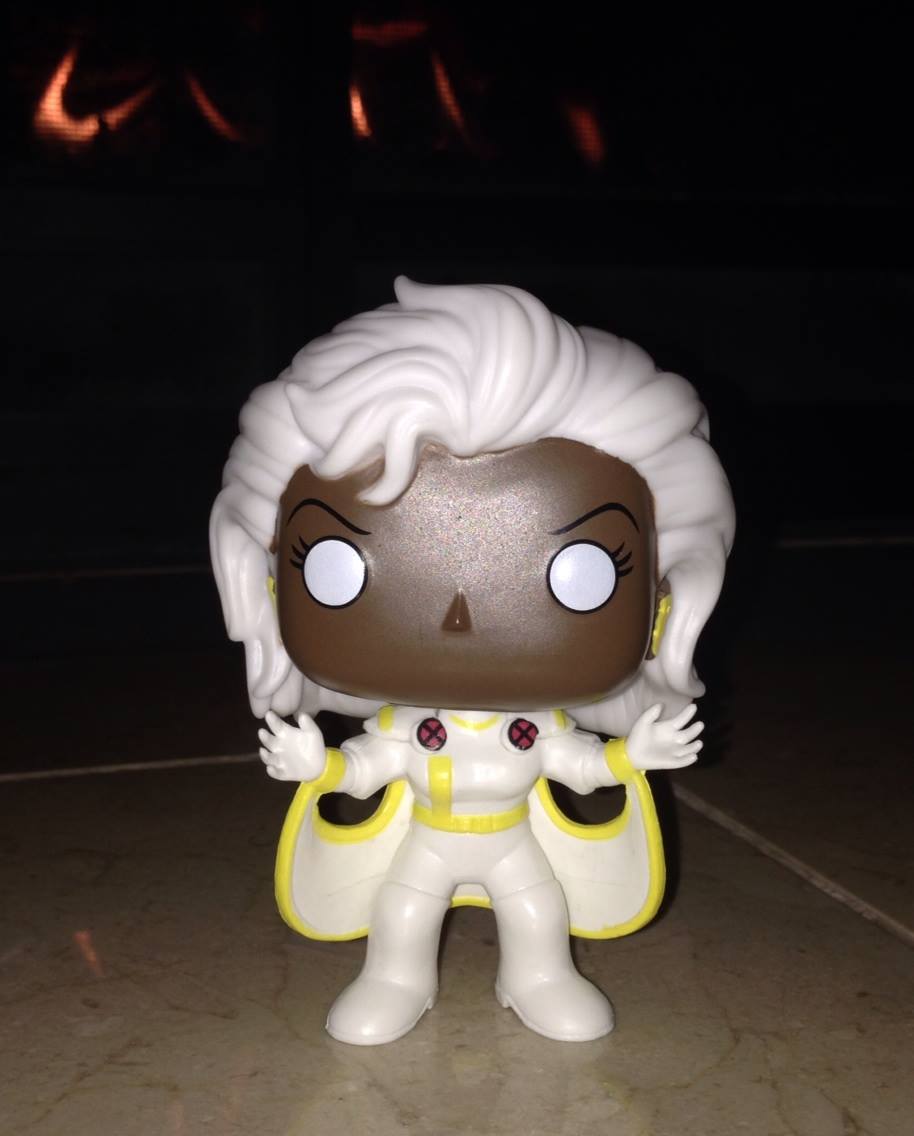 I was sorting through Baby Girl’s old dolls and came across Taraji and Wangari. Taraji is a brown-skinned baby doll from Target and Wangari is a brown-skinned Cabbage Patch Kid we received as a gift. My daughter was just a baby when these dolls entered her life, so I took the liberty of giving them African names.

The Target doll was named Taraji which means “hope” or “faith” in Swahili.     I can’t remember what name was on the Cabbage Patch Kid’s birth certificate, but since Daddy had just bought the book Wangari’s Trees of Peace: A True Story from Africa for Baby Girl, I decided to name the doll after Wangari Maathai, the founder of the Green Belt Movement.

Before our daughter was born, my husband and I were aware of Kenneth and Mamie Clark’s doll experiments from 1939-1940 and Kiri Thomas’ film A Girl Like Me from 2007 and knew she was prone to internalizing negative ideas about Blackness and may choose white dolls over Black dolls.[i] I also feared that my daughter would learn to hate her Black skin and wish to be white like I did as a child.   So we decided to take preventative measures by exposing her to positive, multidimensional ideas of Blackness  and surrounding her with Black dolls (light- and dark-skinned) at home and away from home.

But, it hasn’t been easy.   Walking into a toy store and seeing shelves and shelves of white dolls is always a given–babies or ladies, princesses, mermaids, and fairies.   If you do see Black dolls, it’s usually Doc McStuffins, the lone Princess Tiana in a sea of nearly all-white Disney princesses, or Sasha of the hypersexualized Bratz dolls with no noses, Clawdeen Wolf from Monster High, or more recently, action figures of Finn from Star Wars: The Force Awakens.  It’s rare to find white dolls that aren’t princesses in billowy evening gowns or little divas in miniskirts and even rarer to find Black and Brown dolls within this limited selection.

Hey, I’m all for dolls looking good, but why does “looking good” seem to be the single dream doll manufacturers seek to plant in girls’ minds?   I’m looking for dolls and action figures that represent active girls of all ethnicities with ambitions that don’t always involve making a fashion statement.  As a parent, what are my options? What are my daughter’s options?

Most dolls unlock that part of my baby’s imagination that dares her to believe she is worthy of embodying beauty and glamour. Okay, I get it. I like being cute, too. But, the spectrum of beauty presented is so tragically narrow.  Why is physical beauty prioritized? And when the beauty and glamour are gone, what’s left? Will doll manufacturers sell an image that inspires girls to dream of being inventors, businesswomen, warriors, professors, doctors…skydivers! And when they come up with a doll that fits the bill, let’s hope it’s affordable and widely available…not some limited edition $300 doll I can only find online or in the corner of Bloomingdale’s.

When my husband and I began our search for Black dolls (or apparel with Black images), we discovered how exhausting that shit really was. We started eight years ago. Now we don’t even look. We have better luck finding things by accident. And so whenever we come across that one doll or that one T-shirt that fits everything we’re looking for, we grab it right away because we might not find it again. I advise you to do the same…or create what’s missing.

Thankfully, there have been some pleasant surprises, not only in stores, but also at my daughter’s daycare and in one particular public play space. I am forever grateful for the help of friends who were on similar quests, Baby Girl’s grandparents and godparents who understood the quest, and the caregivers who already knew or demonstrated a willingness to learn about the importance of seeing positive reflections of yourself in the world around you.

So, as I mentioned earlier, Taraji and Wangari were the first two Black dolls in her life. Here are a few snapshots of how other Black dolls became a part of her life:

Baby Girl was at the same daycare center from five months old to five years old. The director and the majority of the caregivers were African American women.   We were surprised to find only white dolls in the infant room. I spoke to the director and Baby Girl’s main caregiver about the lack of Black dolls, and they openly admitted that they never noticed this before. I shared the Clarks’ research with them and within a couple weeks, there were black and brown dolls in the infant room and eventually in the toddler room, as well. So glad they were so responsive.

From about four months old to about three years old, we brought her to Studio Grow in Berkeley, an indoor play space for children. I was happy to find that in the room where the kids can play make-believe, there were only Black dolls.   Though I never discussed this with the managers, this appeared to be a conscious decision. I was comforted by the thought that my child could play in a space where she can see dolls that look like her. I also was comforted by the idea that children of all ethnicities could play with Black dolls and accept this as normal.

After Taraji and Wangari, there were other Black dolls (of various shades) that entered her life and they were:

Since there are more and more folks creating what’s missing, I’m sure you’ll find other Black dolls that aren’t listed here.  I just share this list so you know they exist, and you know where to find them.

As first-time parents, we discovered big and small ways we could instill a love of Blackness and Africanity in our child’s heart–Black dolls in the home was one of them.  We’ve work hard to make sure Baby Girl is immersed in positive reflections of herself, as a Black child, as mixed child, and as a girl…and we look forward to seeing how she turns out.

If you have a daughter and want to avoid searching all over creation for dolls, then hopefully this letter will save you time.

[i]See Kenneth Clark and Mamie Clark, “The Development of Consciousness of Self and the Emergence of Racial Identification in Negro Preschool Children,” Bell and Howell Information and Learning Company, 2000, http://drsmorey.org/bibtex/upload/Clark:Clark:1939.pdf; Kenneth Clark and Mamie Clark, “Skin Color As a Factor in Racial Identification of Negro Preschool Children,” PsychCentral, Accessed January 10, 2016, http://psychcentral.com/classics/Clark/Skin-color/; Kiri Thomas, “A Girl Like Me,” Media That Matters, 2007, https://www.youtube.com/watch?v=YWyI77Yh1Gg.

← TO BLACK PARENTS VISITING EARTH–LETTER # 4: TERROR
Beauty Revealed: Bringing Out the Best in Others →